Balaenoptera musculusbrevicauda (pygmy blue whale – which reaches an impressive 24 m, as big as a fin whale)

Other common names for the Blue Whale are: Sibbald’s Rorqual, the Great Blue Whale and the Great Northern Rorqual. These names have fallen into disuse in recent decades.The Blue Whale (Balaenoptera musculus) is a marine mammal. It measures up to 33 metres (110 ft) in length and weighs about 180 tonnes. It is believed to be the largest animal to have ever lived.

The Blue Whale’s body is long and slender and can be various shades of bluish-gray with ventral side pale yellow. The dorsal fin is very small. The head is flat and has a prominent ridge running from the blowhole to the top of the upper lip.

The front part of the mouth is thick with baleen plates, which are around 300 in number, each around one metre long and hang from the upper jaw. Between 60 and 90 grooves called ventral pleats run along the throat parallel to the body. These plates assist in evacuating water from the mouth after lunge feeding. Blue whales feed almost exclusively on krill which are crustaceans.

A Blue Whale’s tongue weighs around 2.7 tonnes and when fully expanded its mouth is large enough to hold up to 90 tonnes of food and water but its throat is very small and allows very small amout of food to pass. Its heart weighs 600 kg and is the largest in any animal.

A Blue Whale’s aorta is about 23 cm in diameter. Females typically give birth once every two to three years at the start of the winter after a gestation period of 10-12 months. Blue whale calf drinks approximately 400 litres of milk every day and gains weight quickly, as much as 90 kg everyday.

At birth the calf weighs about 2.5 tonnes and is around 7 m (23 ft) in length. weigh up to 2,700 kilograms. Sexual maturity is typically reached at eight to ten years by which time males are at least 20 m (67 ft) long. Females are larger still, reaching sexual maturity at around the age of five by which they are about 21 m (69 ft) long.

Longevity of Blue whales is about 80 years. Their only natural predator is the killer whale (Orcinus orca). Studies report that as many as 25% of mature Blue whales have scars resulting from Orca attacks.

Sperm whales are carnivores and mostly prey upon squids but also eat fish. An adult Sperm whale can eat about a ton of food each day. The lower jaw is about 16 feet long and has about 50-60 teeth in it.

When the whale’s mouth is closed, the teeth fit into sockets in the upper jaw. Sperm whales are the deepest ping whales, which pe up to depths of 3,200 m to catch bottom dwelling giant squids, during which they can hold its breath for about an hour.

Sperm whales produce in their intestine a dark waxy substance related to cholesterol called, ambergris, which is sometimes found floating on the surface or on beaches and contains squid beaks. Ambergris may help protect the sperm whale from the stings on the giant squid, its major food. Large lumps of ambergris may be vomited up by the sperm whale at frequent intervals.

Sperm whales have a life expectancy of over 70 years. The newborn instinctively swims to the surface for its first breath, helped by its mother. The newborn calf is about 13 feet long and weighs about 1 ton. The interval between births is about 3-4 years. A female reaches maturity at 9-10 years and males reach at 18-19 years and live for about 40 years. Calves drink about 20 kg of milk each day. Manatees are large, fully-aquatic marine mammals sometimes known as sea cows that are classified in the order Sirenia. The name comes from the Spanish manatí, meaning “breast” indicating prominent thoracic mammary glands. They are mainly herbivores, spending most of their time grazing in shallow waters and at depths of 1-2 m. Manatees can be found in shallow, slow-moving rivers, estuaries, saltwater bays, canals and coastal areas.

Manatees can grow over 13 feet in length and weigh up to half a ton. Florida manatees have been known to live up to 60 years and they can move freely between salinity extremes. But Amazonian manatees never venture out into salt water. They use the lip to gather food and eat.

Their small, widely spaced eyes have eyelids that close in a circular manner. They emit a wide range of sounds used in communication, especially between cows and their calves and also between adults during sexual play. West Indian manatees are large, gray aquatic mammals with bodies that taper to a flat, paddle-shaped tail. Manatees’ closest land relatives are the elephant and the hyrax, a small. Steller’s sea cow was hunted to extinction in 1768.

Manatees eat over 60 different species of aquatic and semi-aquatic plants. Their diet includes manatee grass, turtle grass, various species of algae, mangrove leaves, and water hyacinths. They may consume 10% of their body weight daily. Their digestive system is modified for the bacterial breakdown of cellulose in the hind-gut and their intestines up to 150 feet long.


The Dugong (Dugong dugon) is the smallest member of the order of Sirenia. It derives its name from the Malay term, duyung means “lady of thesea” or “mermaid“. Dugongs are found discontinuously in coastal waters of east Africa from the Red Sea to northernmost South, northeastern Indian, along the Malay peninsula, around the northern coast of Australia to New Guinea and many islands of the South Pacific. Dugongs are aquatic herbivores and feed on the sea grasses of the families Potomogetonaceae and Hydrocharitaceae. Also they are reported to occasionally eat algae.

Newborn calves are about 100-120 cm long and weigh 20-35 kg. Newborns cling to the mother’s back.Young suckle underwater beneath the mother in an inverted position. They suck milk for about 18 months but start eating grass after 3 months. Sexual maturity is reached in both sexes by an age of 9-10 years.

The name is derived from the ancient Greek word, delphís, which was related to the Greek term, delphys, meaning womb, which can be interpreted as a ‘fish giving birth to young ones’.

Dolphins are marine mammals that are closely related to whales and porpoises. There are about 40 species of dolphin in 17 genera. They vary in size from 1.2 metres and 40 kilograms to 9.5 m. They are found worldwide, mostly in the shallower seas of the continental shelves, and are carnivores, mostly eating fish and squid.

The family Delphinidae is the largest in the Cetacea, and relatively recent: dolphins evolved about ten million years ago, during the Miocene. Dolphins are considered to be amongst the most intelligent of animals and their often friendly appearance and seemingly playful attitude have made them popular in human culture.

Dolphins have a streamlined fusiform body, adapted for fast swimming. The tail fluke is used for propulsion while the pectoral fins together with the entire tail section provide directional control. The dorsal fin provides stability while swimming.

Unlike most mammals, dolphins do not have body hairs but they are born with few hairs around the tip of their rostrum, which they lose shortly after birth. The only exception to this is the Boto river dolphin which does have some small hairs on the rostrum. Fish and squid are the main source of food for most dolphin species. 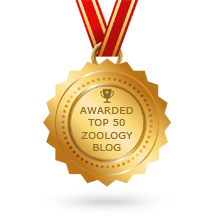